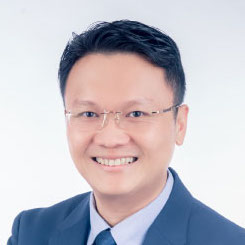 The Hon. Mr Yeoh Soon Hin is the Penang State EXCO (equivalent to State Minister) for Tourism and Creative Economy. A three-term lawmaker for the Paya Terubong constituency in Penang since 2008, he is also a multiple-award winning leader who has made significant mark and contributions in spurring the Penang tourism, arts, culture and heritage industry. In 2018, Yeoh was appointed as a state executive council member under Penang State Government to head the Penang EXCO Office for Tourism, Arts, Culture and Heritage (now restructured as Tourism and Creative Economy (PETACE) to reflect the growing creative industry in Penang). Since his appointment as the state executive council member under Penang State Government in 2018, his vision and contributions for the industry received international recognition and he was awarded with “The Corporate Social Responsibility Award – Distinguished Leaders That Have Brought Positive Impacts To The Development and Well-Beings of Asia Pacific” in year 2019 by the Asia Pacific CEO Club at Macao. On the same year, Yeoh also received the Penang Top Achiever Awards 2019 under the Industry Excellence in Tourism by The Leaders Online for the Tourism Development, Arts, Culture and Heritage. He was also the Top 10 Outstanding Young Malaysian Awardee in 2014. His efforts continue amid Covid-19 pandemic to push for recovery through responsible tourism, becoming the first state in Malaysia to introduce the Penang Responsible Tourism campaign in an approach towards inculcating the importance of safe travelling through the effort of each and everyone.